Tour of Petropolis and the Imperial City from Rio 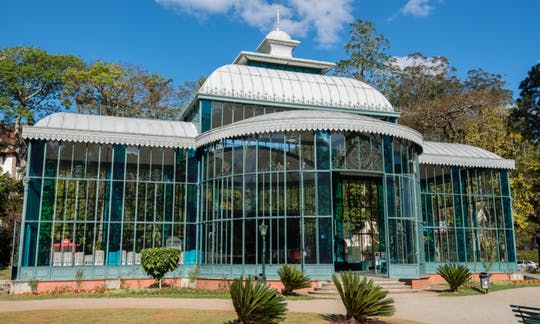 Tour of Petropolis and the Imperial City from Rio

Cordoba Full Day Trip from Seville
0 out of 5

Join this 1-day guided tour from Rio to the city of Petropolis, located 60 km away from Rio, also known as the Imperial City. Settled by the Germans, Petropolis keeps the memory of Brazilian history alive with its buildings and charming streets. On this tour you will : visit to the Imperial Museum, which has been the summer residence of the Emperor Pedro II see furnitures and objects such as the crown of gold, pearls and diamonds used by Pedro I and II see St Peter of Alcantara Cathedral, built in gothic style, where Princess Isabel was buried  see the Crystal Palace, a dazzling ballroom built in France and mounted in Brazil for Princess Isabel learn many things about the history of the Imperial City and the fancy parties at the Crystal Palace from your driver guide have some free time to stroll around and explore on your own … and more! NOTE: this tour is included in a  package tour (4 days / 3 nights) of Rio and its surroundings .