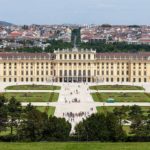 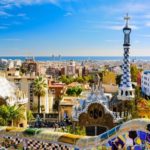 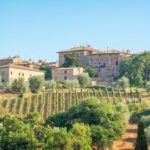 The Schönbrunn Palace, summer residence of the Habsburg emperors, is a Baroque masterpiece, as well as one of the most fascinating and representative monuments of Vienna. Nestled in a beautiful park, the entire complex has been a UNESCO World Heritage Site since 1996. The Habsburgs acquired the property in 1569 and in 1642 the wife of Emperor Ferdinand II wanted to build a summer residence in the area. Renovated by the Empress Maria Theresa in 1743, the castle was the scene of the birth of Emperor Franz Joseph – husband to the famous Empress Elisabeth, also known as Sisi – in 1830 and of his death in 1916, two years before the end of the monarchy in Austria. If you wish to explore the magnificent rooms of the palace that are open to the public, there are two tour routes . Choose the most appropriate for your needs! IMPERIAL TOUR: 22 rooms / 35 minutes / with audio guide  (16 languages) This tour will give you a picture of the different stylistic eras of the imperial monarchy and the lives of the palace's inhabitants. You will see the state rooms and private apartments of Franz Joseph and Sisi. On this tour of 22 rooms, you can experience the luxurious splendor of the Great Gallery, the Oriental charm of the Chinese Cabinets, as well as the astonishingly modest style of decoration in Emperor Franz Joseph's private suite. The Yellow Salon contains a precious secretaire, the only object at Schönbrunn that once belonged to Queen Marie Antoinette of France, who was guillotined in 1793. GRAND TOUR: 40 rooms / 50 minutes / with audio guide  (16 languages) Besides the state rooms and private apartments of the imperial couple you will also see the precious 18th-century interiors from the time of Maria Theresa. You will visit the magnificent Hall of Ceremonies, the imposing Gobelin Salon with its exquisite Brussels tapestries, as well as the room known in Maria Theresa's time as the Feketin Room, later renamed the Millions Room on account of its precious panelling of rare rosewood.