Royal London tour with skip-the-line Tower of London, river cruise and Changing of the Guard

Royal London tour with skip-the-line Tower of London, river cruise and Changing of the Guard 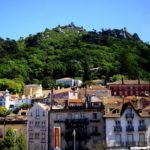 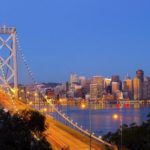 Monterey overnight excursion with double hotel room
0 out of 5

See the best of the royal side to London in a single morning! Get in before the crowds to the famed and somewhat infamous Tower –– former prison and execution site of three Queens of England. Your early morning visit means you will be among the first to enter the Jewel House and view the spectacular crown jewels, locked up here for safekeeping every night for the last 600 years. These are the official regalia and vestments used by the Sovereign of the United Kingdom during the coronation ceremony and other noble appearances. This priceless collection includes magnificent orbs, swords, rings, and of course, crowns and scepters. During your visit you will also be able to see the famous white tower, where it is said that the ‘Princes in the Tower’ were held and supposedly murdered by their Uncle Richard III to usurp the throne from their father, King Edward IV. Then it’s time to step aboard a relaxing river shuttle as the tour heads up the Thames. Enjoy the sights as your guide points out major landmarks on the way to see the Changing of the Guard. Your guide will make sure you are in a prime position to enjoy the best views of this world-famous event, while providing colorful commentary as the Queen’s Foot Guards –– all red tunics and unmistakable bearskin hats –– march to Buckingham Palace (Please note that this experience is subject to weather conditions). Your tour also ends at Buckingham Palace, the residence of Queen Elizabeth II and the Duke of Edinburgh, where you'll see the famous balcony where the royal family appears during major events. This tour is the best way to spend a morning in London, learning and laughing along with your local City Wonders guide.